Evolotus PR
Evolotus principals Gary Smith and Kezia Jauron have decades of experience in advertising, marketing, and public relations for a range of clients and products. They left the profitable world of corporate high-tech PR to create Evolotus in 2006. Evolotus and its clients share the same goal: to get the word out about a particular product or service in a way that serves the client as well as the world at large. (www.evolotuspr.com)

Yesterday in a news conference on Capitol Hill, Rep. Jim Moran (D-Va.) announced the bill, known as the Traveling Exotic Animal Protection Act (TEAPA). More than 35 media outlets attended the event. Below are highlights of the editorial coverage.

Here is an outstanding photo from the press conference: 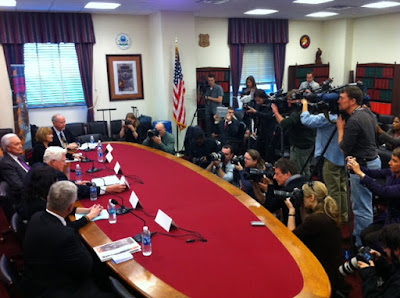 Here is a short video of some of Bob Barker's remarks.


And here is the video ADI showed to media and congressional staffers: